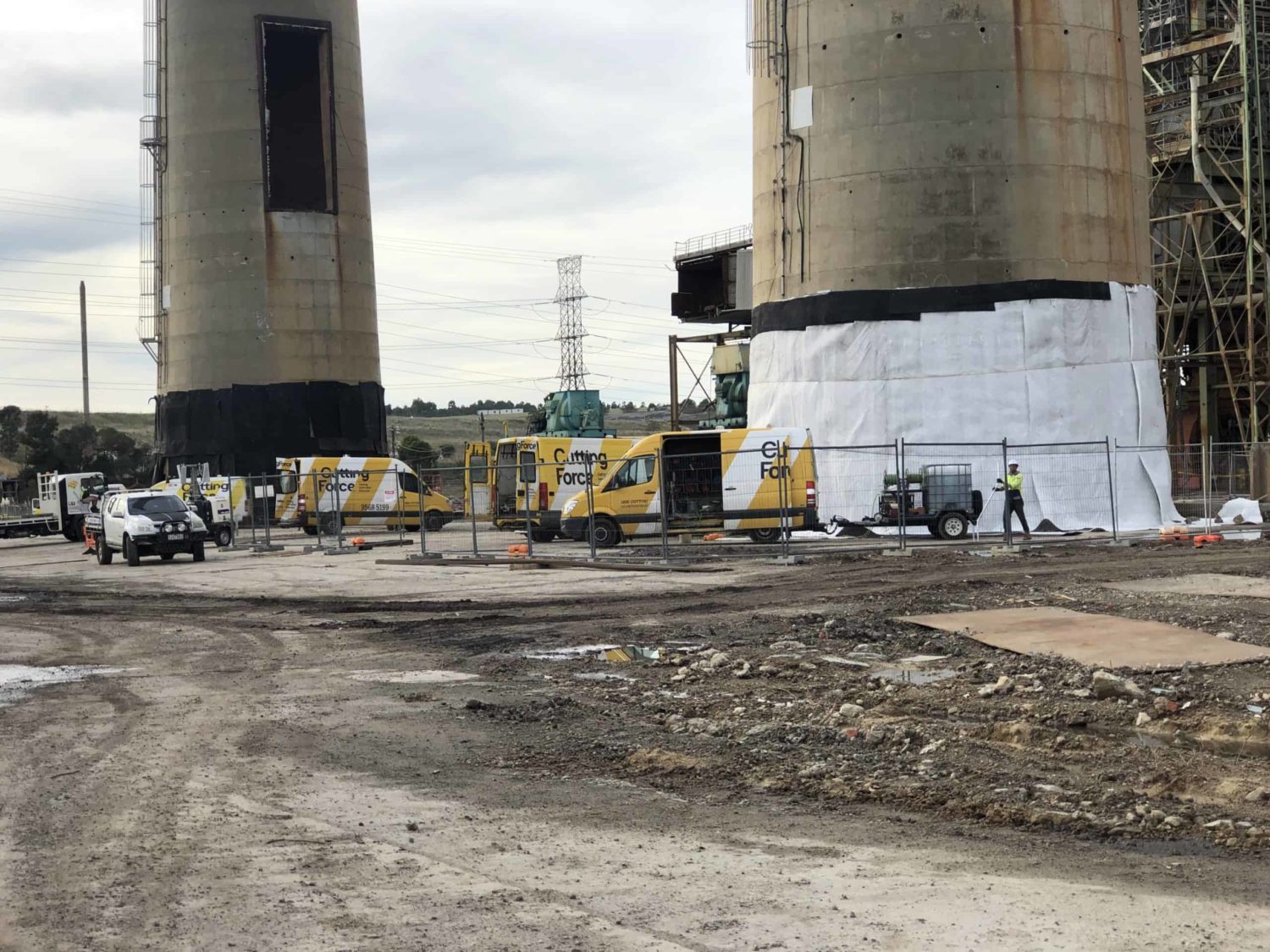 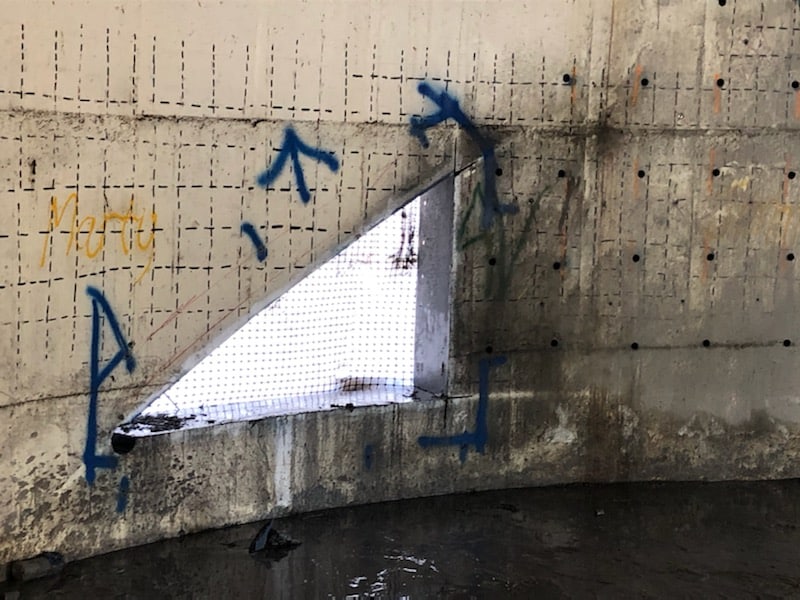 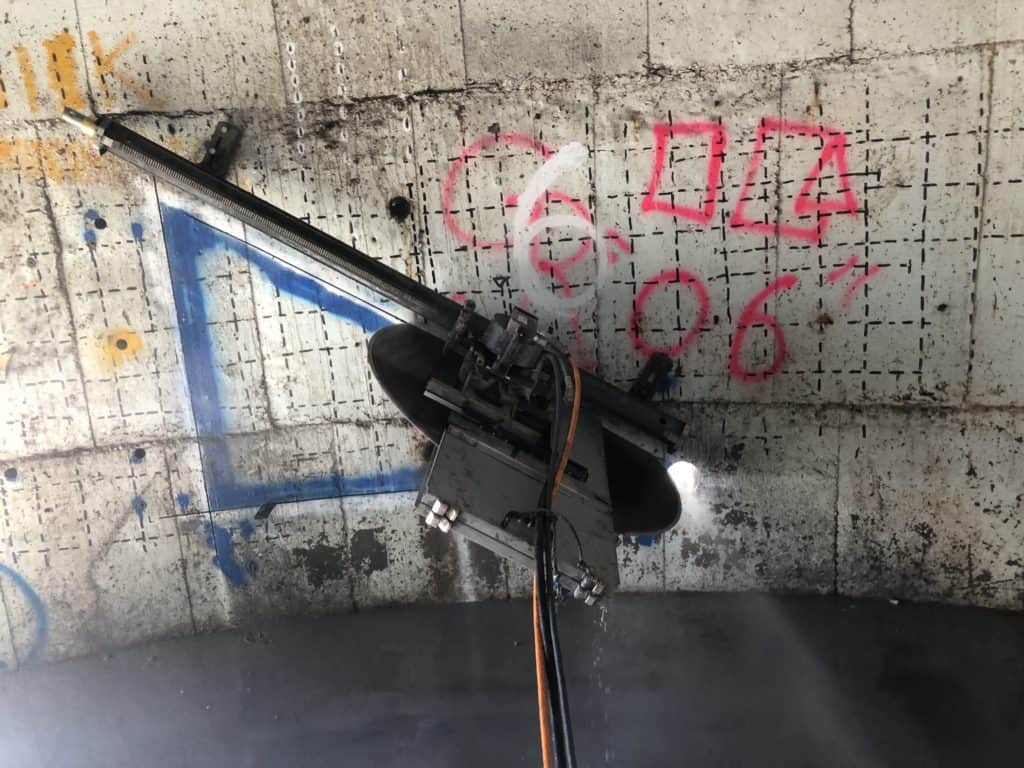 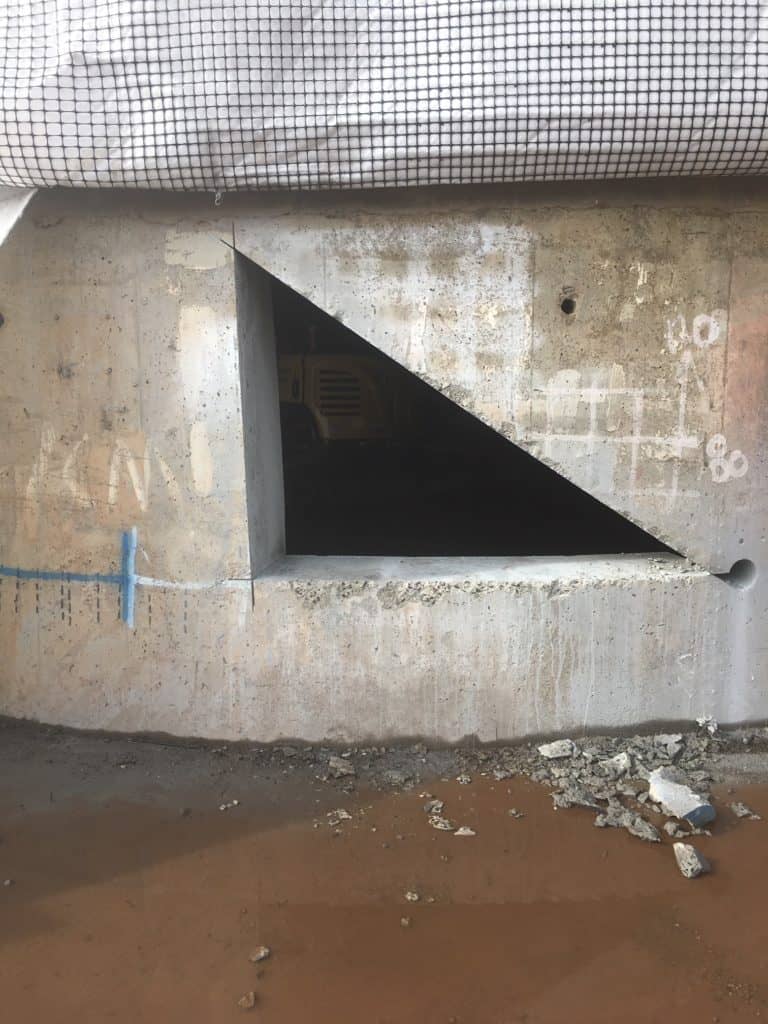 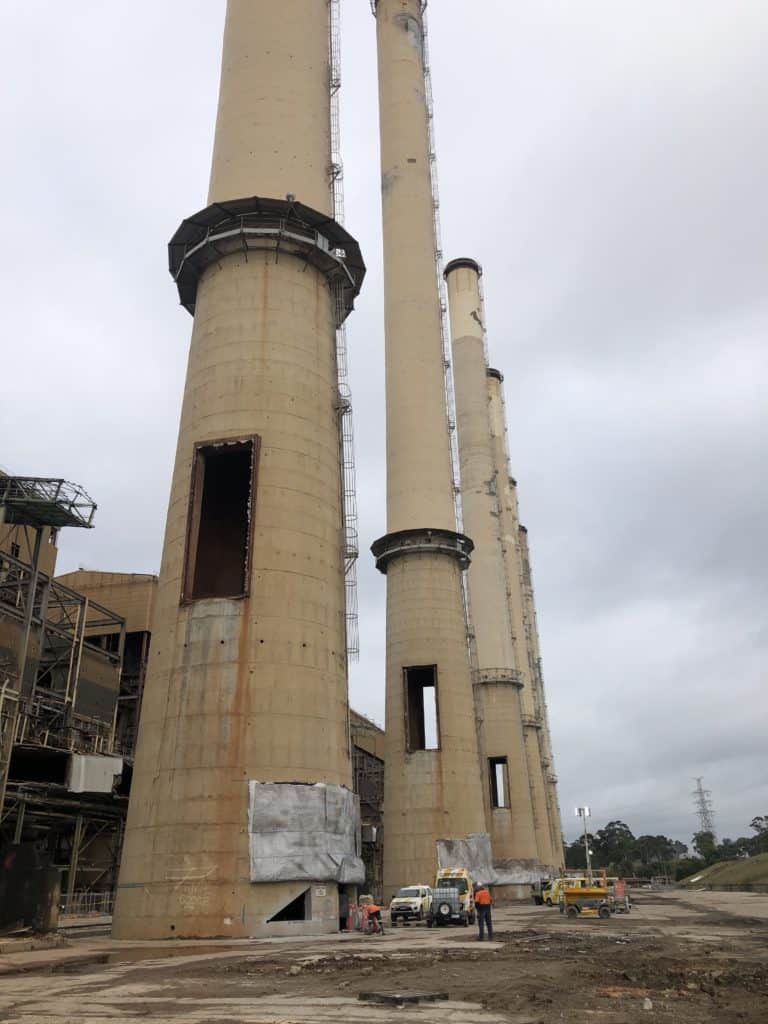 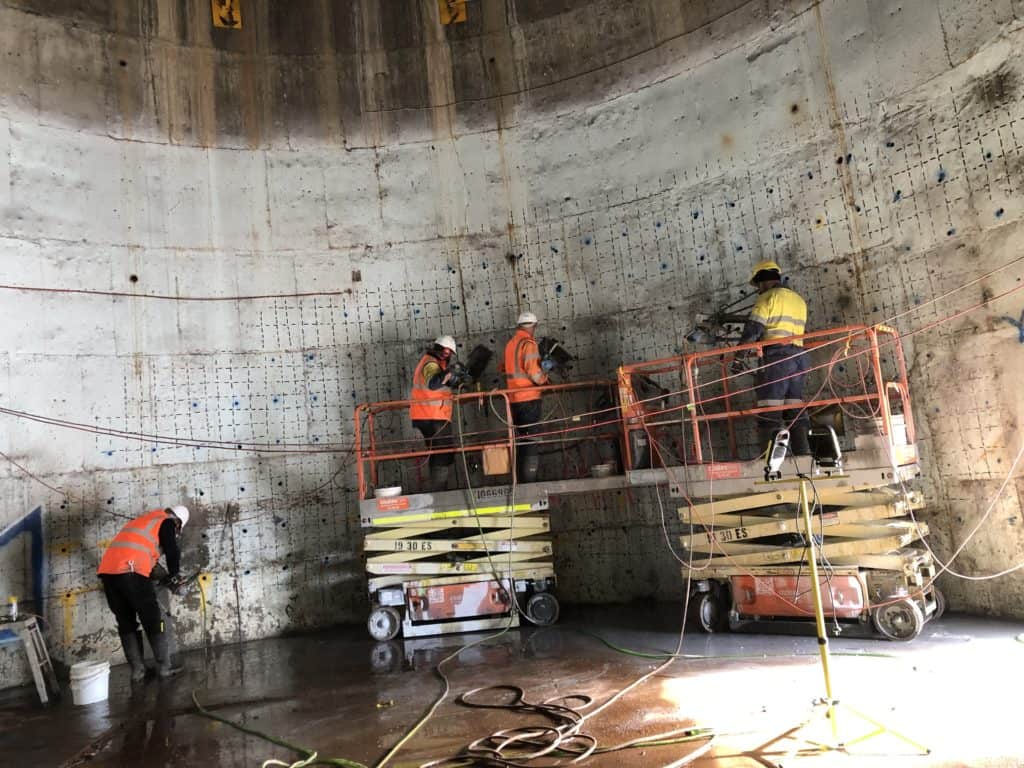 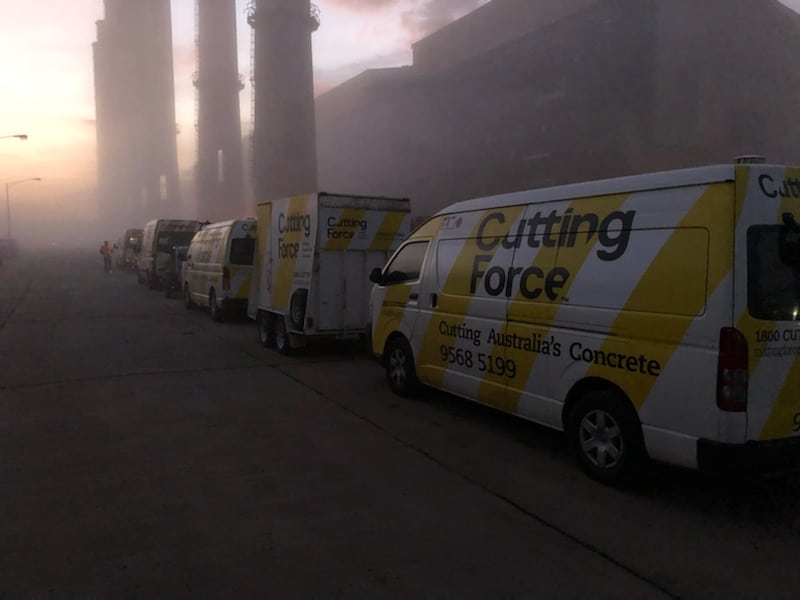 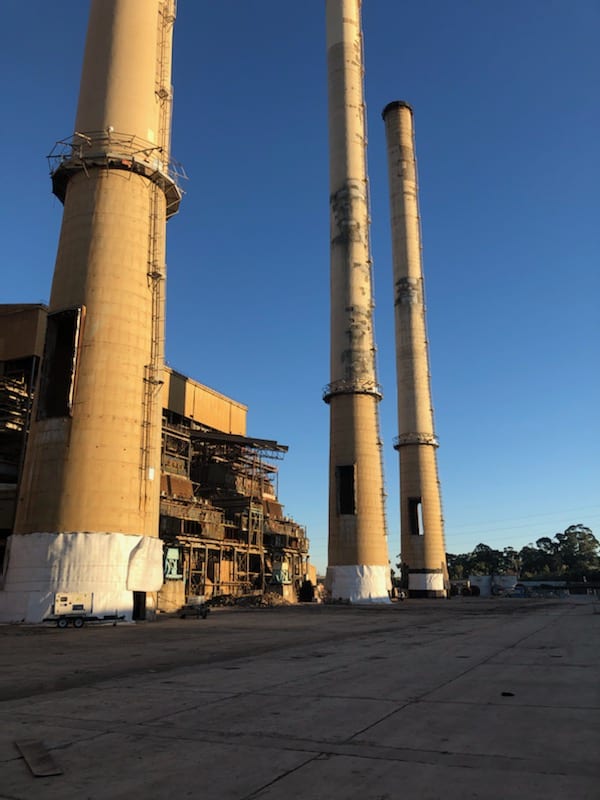 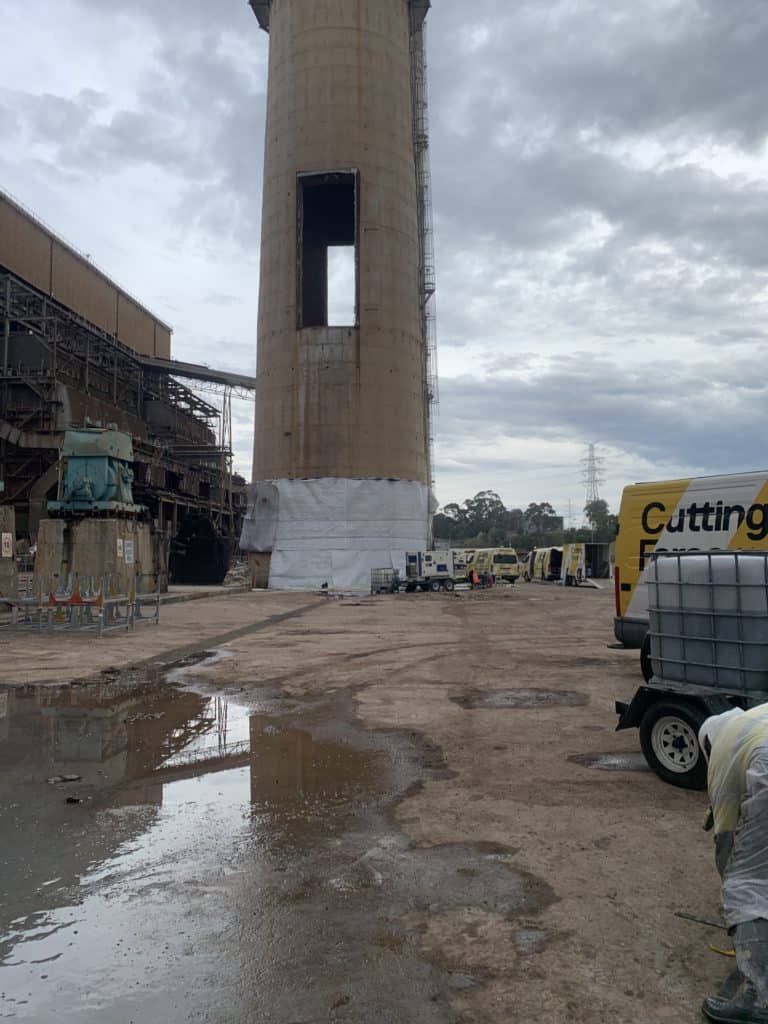 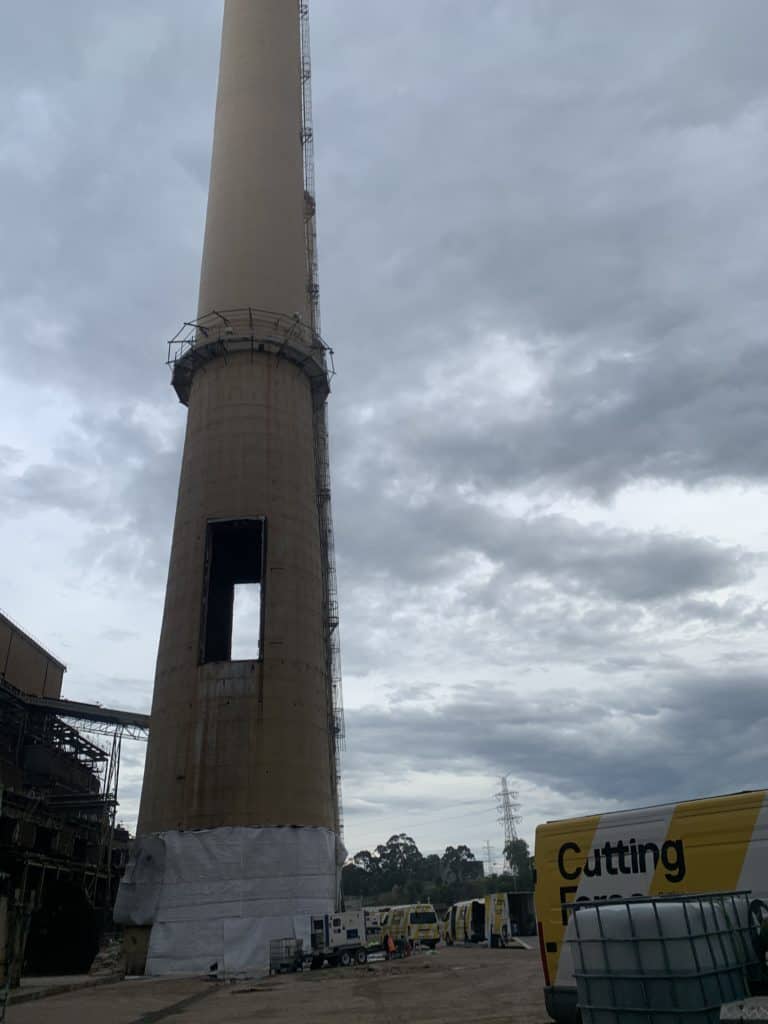 The Hazelwood demolition project was to remove 8 x 137 metre high chimneys that were constructed in the 1960`s as part of a decommissioned power station removal.

After intensive study and proposals, it was decided that the safest method of removal was to fall the chimneys via explosive blast. A wedge style blast was engineered to achieve the desired result. There were two hinge cut sections removed from opposing sides and 196 core holes drilled in a mapped out pattern in between at 38 mm diameter and 450mm deep. This was a total of 1568 cores completed. In addition to the core holes we performed 96 metres of wall sawing to enable 16 hinge cut blocks to be removed.

Prior the blast date, the outside of each chimney needed to be ring barked with hand saws to cut through steel reinforcement to assist with the falling of the chimneys. Each hole was then loaded with explosives and detonated resulting in a wedge shaped object being removed causing the chimney to fall in the desired direction.

We enlisted a team of seven Cutting Force staff members and worked in teams to complete the project within an eighteen day period to meet time line of the project. We worked closely with Delta Group at every stage of the project documenting and assessing any steel that was cut during the coring process, meeting OHS requirements and permit process. The blast date was weather dependant, due to the fact of wind direction and wind speed had to be monitored in order to have minimal impact on surrounding areas.

We were selected as the preferred contractor for the cutting and coring aspect of the project for principal contractor Delta Group. All explosives were completed by explosive technical experts.

The project was deemed a great success and Delta Group Hazelwood demolition has been nominated as one of three finalist in the world demolition awards that will be announced in Nov 2020.