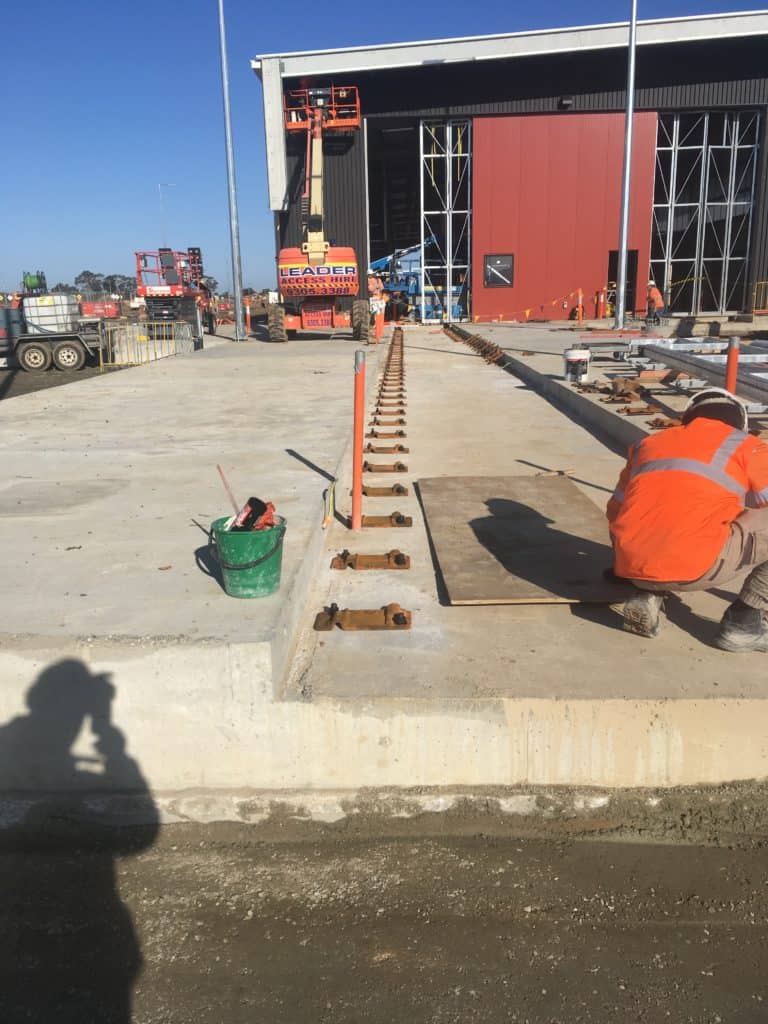 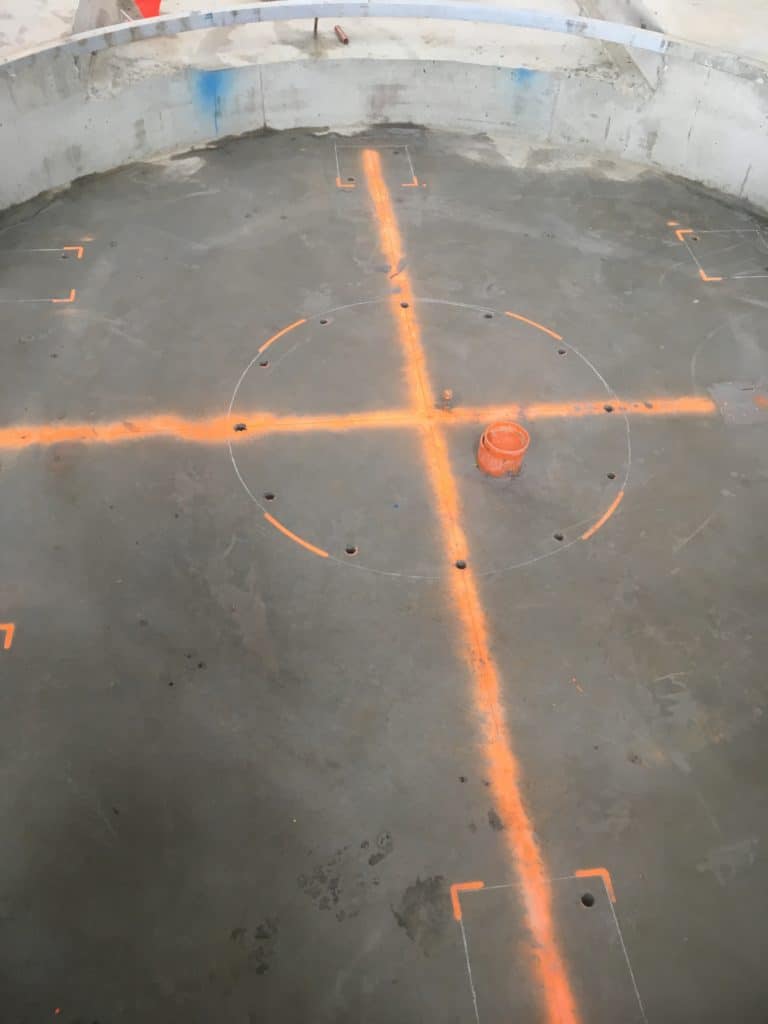 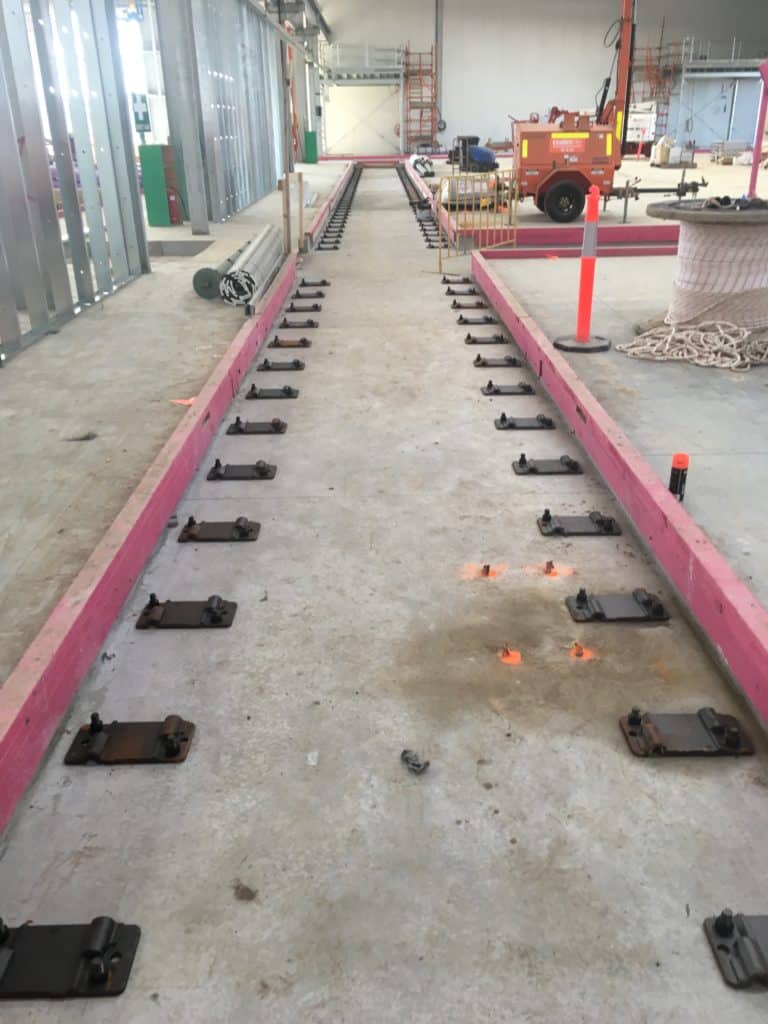 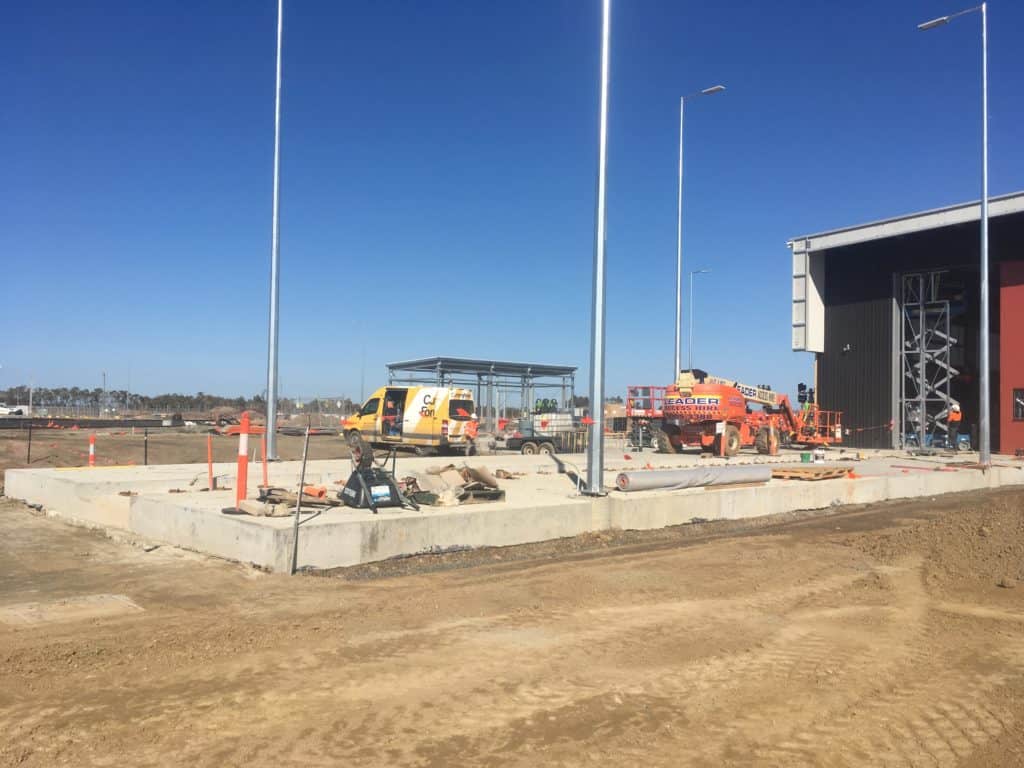 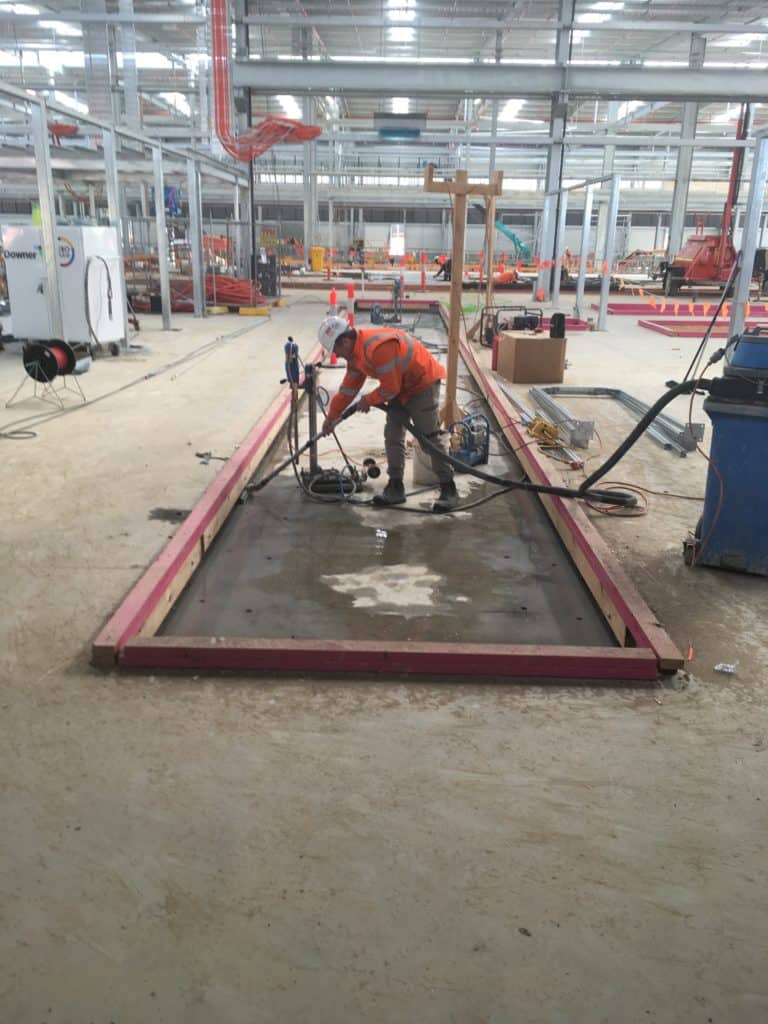 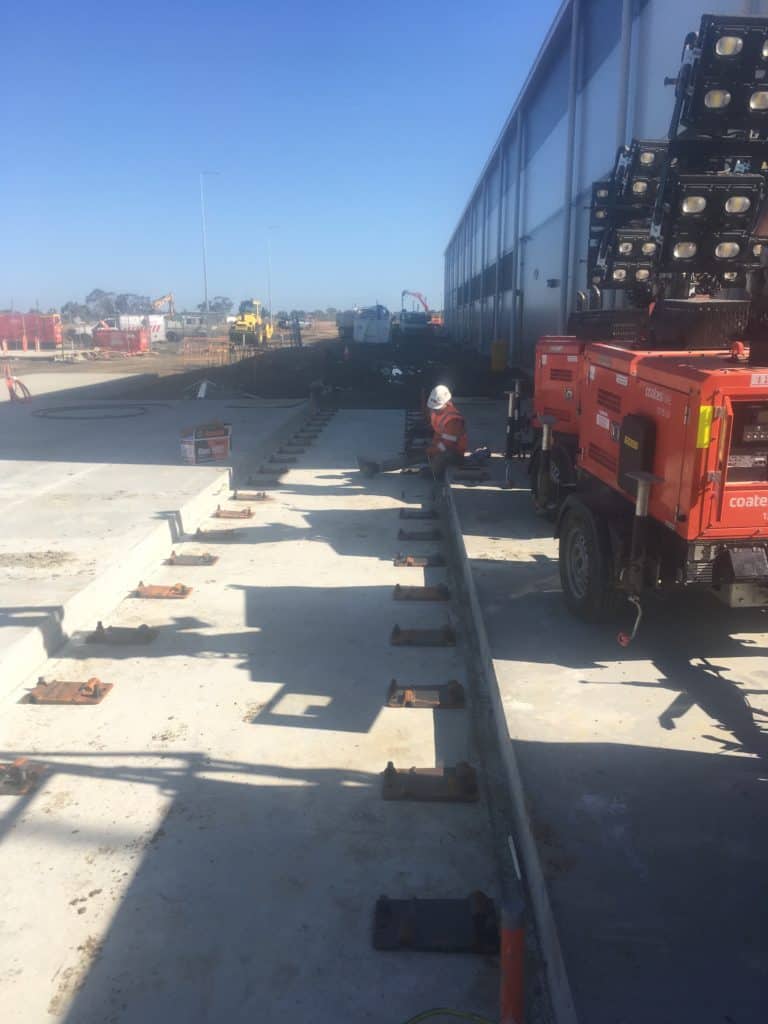 The project for Downer was to build a rail facility / depot that would house the new next generation trains to meet the future needs of Melbourne. The new depot comprised of a maintenance facility, stabling yard and Train Simulator.

Cutting Force was directly subcontracting to Downer (Downer Electrical and Downer Transport and Infrastructure) for all concrete core drilling and sawing for the site wide project.

Cutting Force was engaged by Downer and many other onsite contractors that required our services, such companies were Civilex, Hansen Yuncken, Clifton Formworks and Uptrack.

Cutting Force was engaged to core drill thousands of core holes, clean thoroughly, apply chem set and install the client supplied threaded rod that holds the rail track mounting brackets to the concrete slab structures. All core hole locations were required to be exact in accuracy as mounting brackets could not be relocated from original positioning once installed.